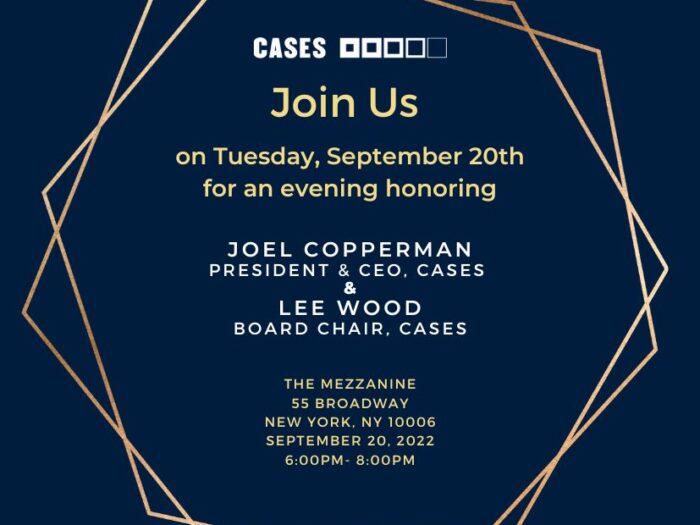 Join us on Tuesday, September 20, 2022, for an evening of refreshments and hors d’oeuvres as we honor Joel Copperman, CASES President & CEO, and Lee Wood, Chair of the CASES Board of Trustees, for their exceptional dedication in advancing the mission of CASES. Their leadership has helped tens of thousands of New Yorkers to avoid the harm of incarceration while engaging in CASES’ community-based alternatives. Now operating from five program offices in four boroughs, CASES continues to be a leading provider of services for court-involved youth and young adults and, over the past 20 years, has become a nationally recognized leader in the design and implementation of programs addressing the intersection of mental health and involvement in the criminal legal system. 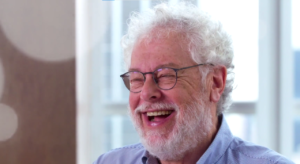 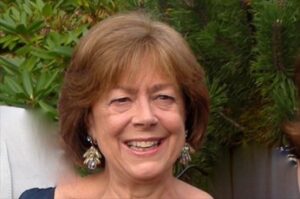 Lee Wood joined the CASES Board of Trustees in 1995 after relocating to New York City to work in Government Relations for Prudential Financial. She has served as CASES Board Chair since 2013. Lee was a pioneer in Pretrial programming, initiating a release-on-own-recognizance (ROR) program in Rochester, NY, in 1968. She was a leader in a statewide coalition that succeeded in codifying alternatives to incarceration (ATIs) in New York State law in 1984. This included the CASES Court Employment Project, one of New York City’s first ATIs for youth and young adults facing felony arrests. Lee has been recognized by the National Association of Pretrial Services Agencies for “Continuing Outstanding Contributions to the Furtherance of the Principles of Pretrial Justice.”

Can’t make it to the event? Please consider making a donation. Your impact will be doubled thanks to the generosity of The Lawrence Foundation, which is matching gifts dollar-for-dollar up to $30,000 through September 30.