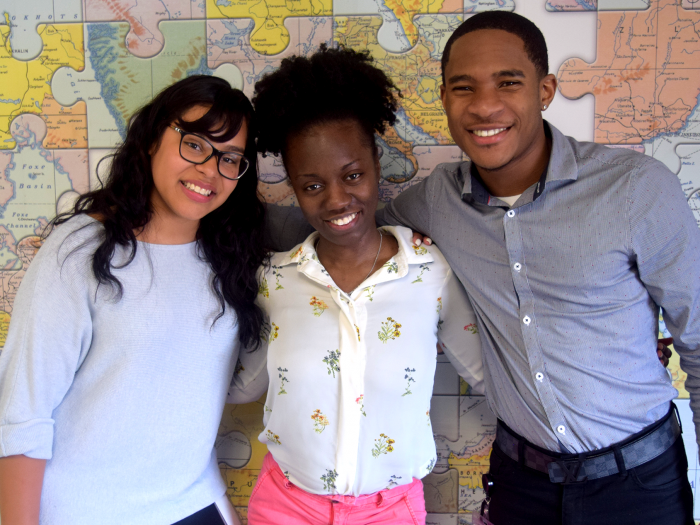 CASES recently expanded our successful Manhattan Supervised Release Program (SRP) to provide pretrial services for youth as young as 16. As an alternative to monetary bail and pretrial detention, SRP has played a major part in New York City’s push to reduce the daily population at Rikers Island jail. Across the city, since the program’s initiation in 2016, local government officials have credited SRP for 38 percent of the decline in the population at Rikers.

In 2018, CASES’ Manhattan SRP provided an alternative to detention/bail to 1,137 adults age 18 and older in New York County Criminal Court. With support from the NYC Mayor’s Office of Criminal Justice (MOCJ), CASES expanded the program in winter 2018 to include youth-specific services for teenagers age 16 and 17.

“Supervised Release provides an alternative for people who can’t afford bail and should not be held in jail while awaiting trial,” Giles Malieckal, Director of Manhattan SRP explained. “We are excited to extend eligibility for this pretrial jail alternative and to provide services that meet the unique needs of adolescents.”

The Supervised Release Youth (SRY) staff—including a Clinical Case Coordinator, Education Coordinator, and Youth Mentor—work with participants individually to assess each young person’s goals and needs. Like standard SRP, two primary goals of SRY are ensuring that participants appear in court and avoid re-arrest while awaiting trial. However, the mission of the program extends beyond court compliance to include engaging young people in services that will help them avoid re-arrest in the long term, with a special emphasis on education, employment, and behavioral health care, as appropriate.

“Even though our participants are 16 and 17 years old, many of them are already feeling like it’s too late to go down a more positive path,” Rosalinda Laspina, the Clinical Case Coordinator for SRY, said. “They’re multiple grade-levels behind in school, they’re fighting a case in court, and they think, ‘It’s over for me, I’m going to jail.’ But it’s our job to show them that we aren’t going to give up on them, and that they have a bright future ahead.”

For every young person engaged in CASES services, staff emphasize the importance of staying engaged or re-engaging in school, even after extended absences. Ms. Laspina has also found employment to be an effective motivator for many youth in SRY.

“These are teenagers—they want to be independent, and they need money to do the things they want to do,” she says. “We’re able to help participants get paid internships after school and over the summer so that they can earn a paycheck and gain job experience, which will help them in the long term.”

In addition to education and employment, SRY staff link participants to recreation activities in the communities where they live and provide other opportunities for participants to have fun, including through group trips with fellow SRY participants. Most recently, staff and participants attended a New York Knicks basketball game together after school.

“SRY gives young people a chance to turn their life around,” Ms. Laspina said. “And we’re here to provide the encouragement and guidance they need to stay on a positive path.”

CASES initiated SRY in winter 2018 with funding from the NYC Mayor’s Office of Criminal Justice. In this first-year pilot phase, we expect the program will divert at least 30 young people age 16 and 17 who would otherwise have faced pretrial detention.