On April 9, CASES’ CEO Joel Copperman was announced as a member of Governor Andrew Cuomo’s new Commission on Youth, Public Safety & Justice. The mandate of the commission is to provide concrete, actionable recommendations for youth involved in New York’s criminal and juvenile justice systems. The Governor proposed establishing the commission in response to the Raise the Age NY [1] awareness campaign, which argued that the state should revise its policy of charging all 16- and 17-year old persons as adults. The commission will convene by the end of 2014.

“It’s time to improve New York’s outdated juvenile justice laws and raise the age at which our children can be tried and charged as adults,” Governor Cuomo said through a press release. “New York is one of only two states that charges 16- and 17-year olds as adults. It’s not right and it’s not fair. I am pleased to welcome these exceptional members of the Commission on Youth, Public Safety & Justice, who will work to make the system fairer and safer for our youth and communities.”

Mr. Coppeman was grateful to be invited to participate.

“I am excited and honored by the opportunity to serve on this commission,” Mr. Copperman said. “Every day at CASES, we see the significant barriers that an adult felony conviction can create for young people involved in the criminal justice system. I look forward to joining in the commission’s work to improve these young people’s opportunities for future success.”

Mr. Copperman joined CASES in 1990 as the organization’s first Executive Director. Prior to joining CASES, Mr. Copperman held several positions in New York City Government during the administration of Ed Koch. He was in the Mayor’s Office of Intergovernmental Relations serving as a legislative representative in Albany, was Deputy Director of the Mayor’s Office of Operations, and was the first Director of the Mayor’s Office of Contracts. Currently, he chairs the Board of Directors of the Human Services Council, a coalition of more than 160 New York City organizations that advocates for the needs of the human services sector.

For more information on the commission, please see the press release from the Governor’s office [2]. 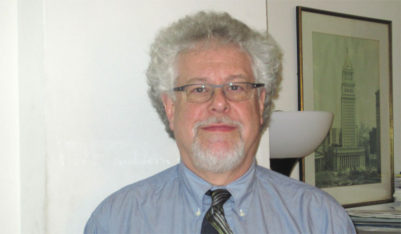