Mayor Michael R. Bloomberg, Deputy Mayor Linda I. Gibbs, Chief Policy Advisor John Feinblatt, Correction Commissioner Dora B. Schriro and Probation Commissioner Vincent N. Schiraldi today announced an historic drop in the City’s incarceration rates. Since 2001, major felony crime in New York City has been reduced by 32 percent – a sharper decline than the rest of the nation. Yet during this time, the City’s incarceration rate has also plummeted by 32 percent. In a contrary trend, the incarceration rate in the rest of the country has increased by five percent. By 2011 the New York City incarceration rate was 27 percent lower than the rest of the nation. The City has defied the national trend through effective police tactics to prevent crime over the last decade, with recent additional gains from social justice programs that are being expanded and refined through the Mayor’s Young Men’s Initiative. The Mayor made the announcement at the Department of Correction Graduation Ceremony at Lehman College.

“New York’s crime rate has gone down more quickly and more steeply than the rest of the country and we are the model for low crime in this nation,” said Mayor Bloomberg. “But unlike the rest of the country, the number of people we are incarcerating has also gone down. Some people say the only way you stop crime is to incarcerate. We have proven that to be untrue: successfully preventing crime and breaking cycles of criminal activity can save thousands from a life of cycling through the criminal justice system.”

“Getting out is hard, staying out is harder,” said Deputy Mayor Gibbs. “We will continue working together to break down the barriers that impede a newly released individual from succeeding, and we will work with communities throughout the city to ensure safety as well as support the success of community members when they come home.” “Policing strategies that reduce crime have the added benefit of dramatically reducing incarceration in New York City,” said Chief Policy Advisor Feinblatt. “This was not foreordained. Instead it is the result of stopping crimes before they happen, and keeping those who would have been convicted of those crimes out of jails, productively engaged in their communities.”

“The innovative programs we are putting into place, such as ABLE – which helps incarcerated youth to make better decisions – and other programs focusing on adult inmates, both behavioral programs, promise to make a measurable difference in institutional conduct and recidivism rates,” said Correction Commissioner Schriro. “Increasingly both our custody management and discharge planning strategies rely on objective assessments to target inmates that pose real risk of continued criminal conduct in jails and after release with interventions that will keep them on the straight and narrow.”

The City’s internationally-replicated data-driven policing strategies centered on targeting hot spots of crime identified through the CompStat reporting system is responsible for the dramatic reduction in incarcerations in the city. The City has been building on these efforts by using validated risk assessment, early intervention and community-based programs throughout the criminal justice system to prevent crime.

On the juvenile side, the City, with help from the Vera Institute of Justice, created a validated Risk Assessment Instrument that uses easily accessible data to quickly determine the risk that a young person will re-offend. This instrument has been in place for five years and is applied to every case entering the system. In addition to this risk instrument, the City has created a full array of Alternative to Detention programs targeted at youth who pose a moderate risk of flight or re-arrest while their cases are pending. These include interventions like community-based afterschool supervision programs and Intensive Community Monitoring. Since these programs launched there has been a 23 percent drop in re-arrests across all risk levels, all while more young people are at home in their communities.

Additionally, the Juvenile Justice Initiative – which since 2007 has provided intensive evidence-based services for youth who would otherwise be serving time in institutional settings – has achieved a 10 percent drop in re-arrests and a 29 percent drop in arrests for violent felonies among program participants. The Department of Probation has implemented policies allowing lower-risk clients to receive the supports they need to move out of the system while reserving the full force of the agency’s authority to supervise and guide the most challenging clients, resulting in a 14 percent decline in felony-arrest rates over the past decade for newly sentenced individuals. In terms of adults, New York City boasts a well-established, effective network of felony drug courts that provide judicially-monitored, treatment-based alternatives to incarceration to addicted drug and property offenders. Studies have shown that drug court participants show substantially lower recidivism rates than matched comparison groups. Likewise, participants in the Center for Employment Opportunity’s Transitional Job Program, which serves ex-prisoners who are returning to the community, were less likely to be convicted of a crime and re-incarcerated.

Building upon the successes of these community-based efforts, New York City is moving forward with a comprehensive strategy that will bring these initiatives to scale in both the juvenile and adult justice systems. Under the auspices of the Young Men’s Initiative, we are continuing a cross-agency transformation that is tough on crime, smart on solutions and committed to breaking the cycle of criminal behavior, the debilitating impacts of preventable incarceration, and the disparities impacting the lives of our city’s young black and Latino men. 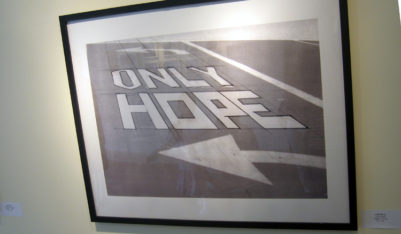